We’ve reached the end of November, which means it’s time for everyone to start thinking about Christmas.
Curling up on the couch and watching a holiday movie is the simplest way to do so, but where do you start?
Elf, Home Alone, and A Christmas Story are among the oldies on our list of the best Christmas movies to watch right now, but there are plenty more to select from.

Whether you choose Netflix, Disney+, HBO Max, Amazon, or all of the above as your streaming service, there’s a film on our list to get you in the holiday spirit. On our list of the best holiday movies to watch this year, you’ll find a mix of old and new classics, newer releases, and others we think you’ll like this Christmas season.
Take a look at the following list.

Netflix has to be one of the most well-known and simply accessible streaming services available. The platform not only has a large number of vintage films, but it also has a lot of original films and shows that have helped it grow into the powerhouse that it is today. It might be difficult to choose from so many alternatives, especially as we approach the holiday season and look for Netflix Christmas Movies ranging from family fare to comedy to romance. 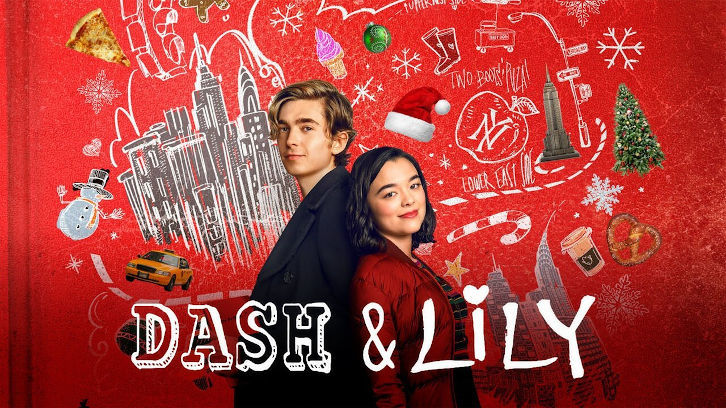 Despite the fact that it is a limited series, it seems like a mash-up of all your favorite holiday rom-com! Dash despises the holiday, while Lily likes it. As Lily tries to persuade Dash that Christmas is the finest, the two meet in the pages of a red notepad, which they trade over the holidays. They find more than just a holiday love, but also true friendship and perhaps love. 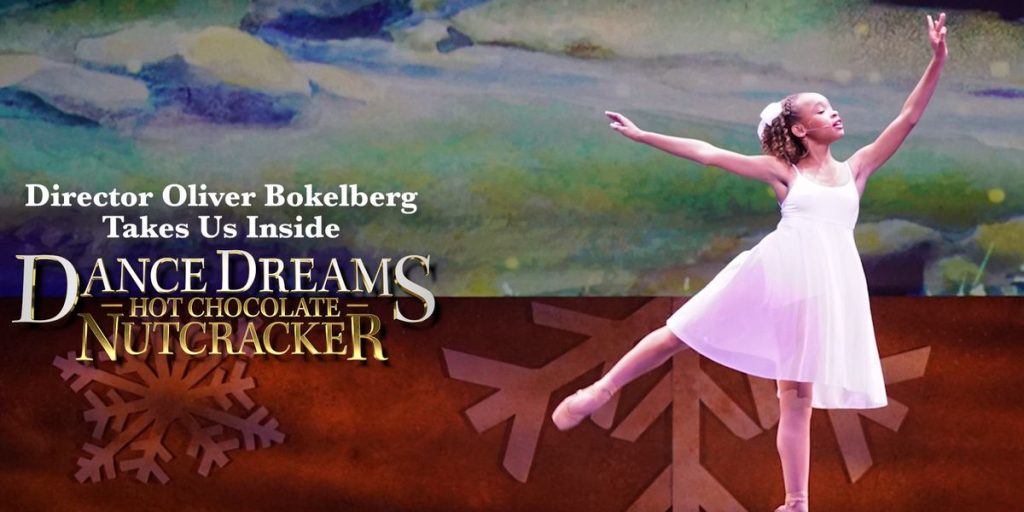 This film follows Debbie Allen and her young students as they cast and rehearse their yearly Hot Chocolate Nutcracker. If you appreciate documentaries, ballet, or The Nutcracker, or all three, you’ll enjoy this film. 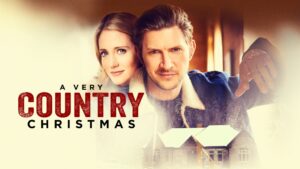 During the holidays, a country musician in search of a greater meaning in life retreats to his small community.
While he’s there, he meets an up-and-coming local interior designer.
Is he willing to make room for this new Christmas romance in his heart?

TRAILER FOR A VERY COUNTRY CHRISTMAS.

A Very Country Christmas On Netflix 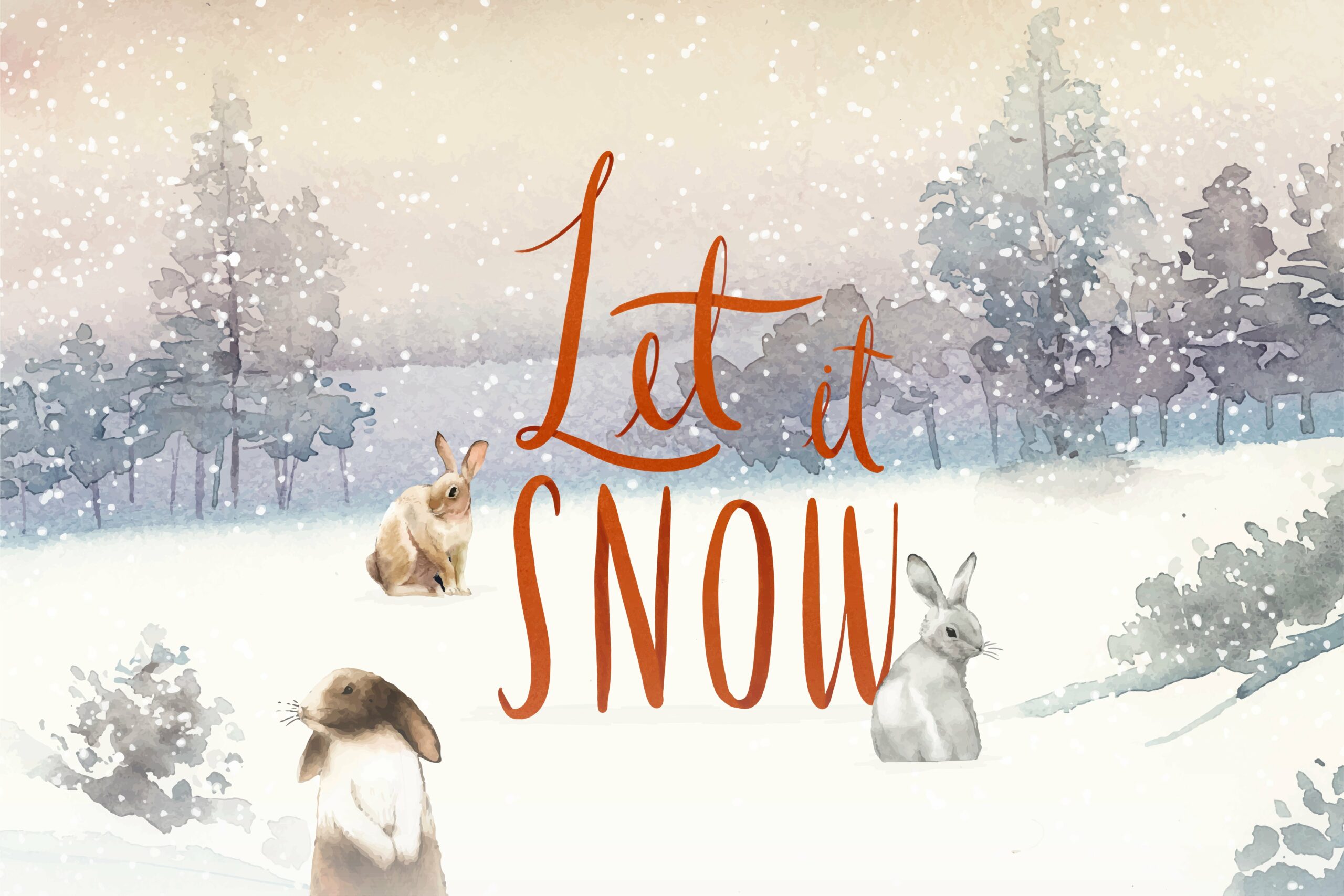 Based on the young adult novel by John Green, Lauren Myracle, and Maureen Johnson, the film features a group of high school students who are brought together when snow falls on Christmas Eve.

TRAILER FOR “LET IT SNOW” 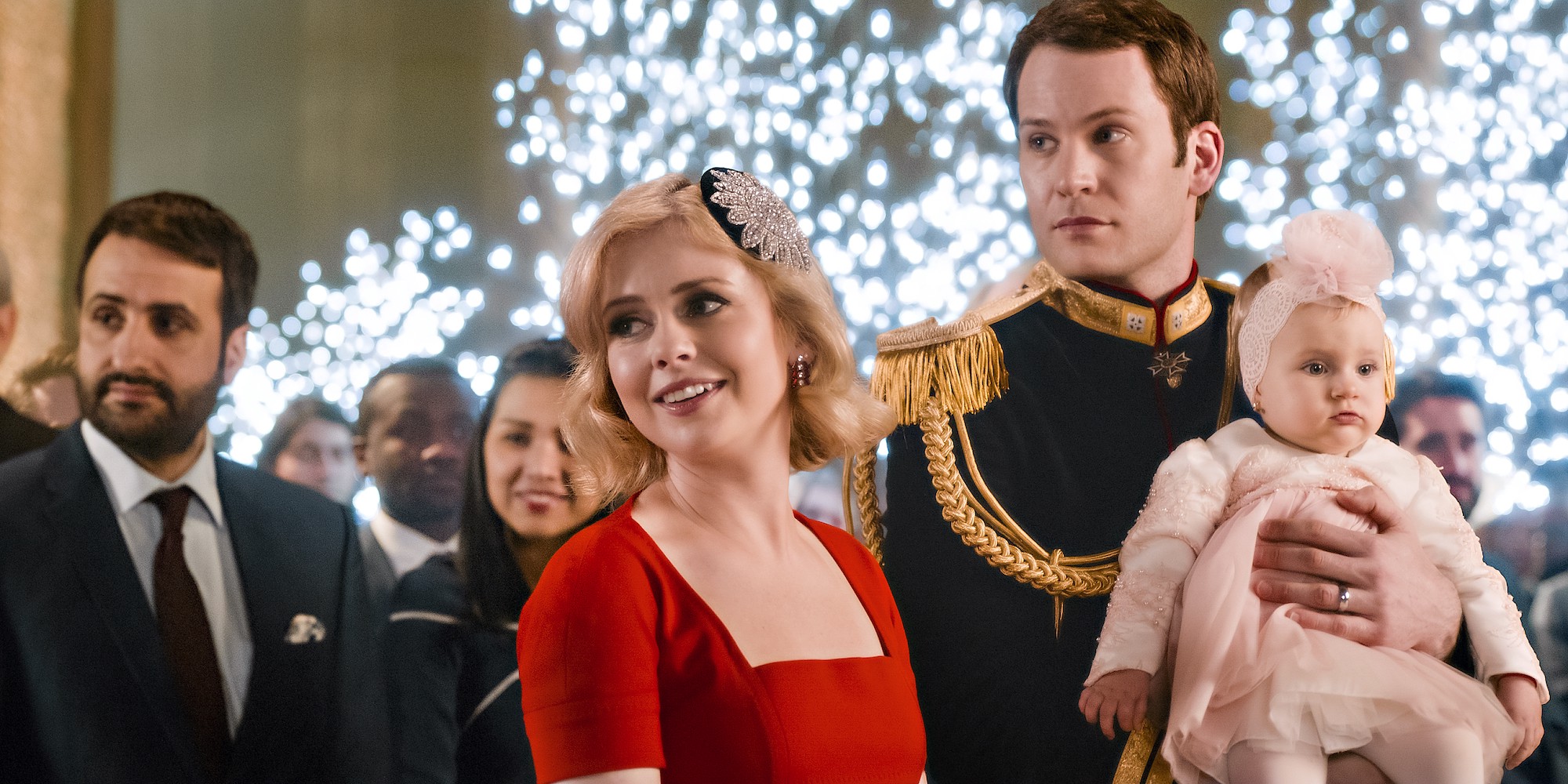 Vanessa Hudgens portrays two identical females who switch places the week before Christmas. Nashville’s Sam Palladio also makes an appearance. The sequel, The Princess Switch: Switched Again, is a must-see. On November 18, The Princess Switch 3: Romancing the Star, the third installment in the series, will be available on Netflix.

In the vein of holiday classics like Home Alone, The Princess Switch TRAILER. 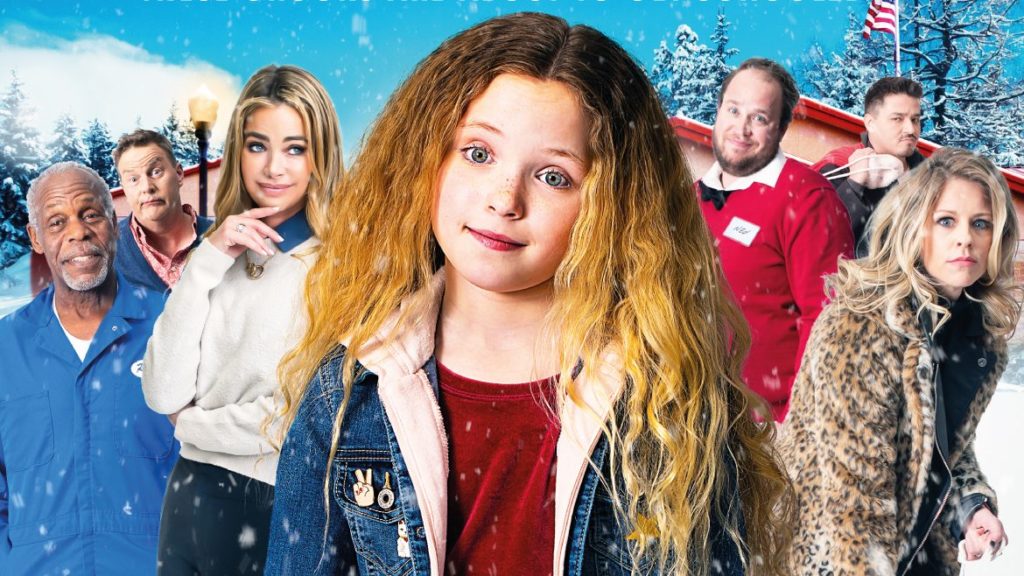 Christmas Vacation tells the story of a bright and rebellious girl stuck at school on the eve of school break.
She’ll have to get imaginative if she wants to apprehend the bandits who stormed into the school and kidnapped the janitor.
TRAILER FOR CHRISTMAS BREAK-IN 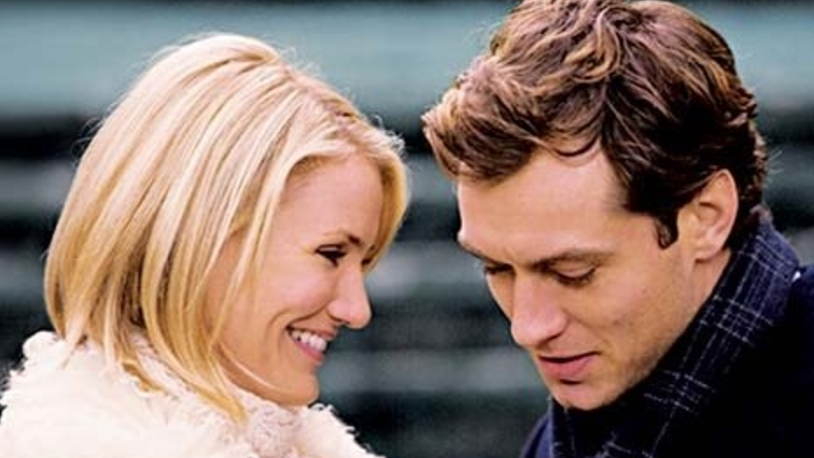 WATCH CHRISTMAS BREAK-IN ON NETFLIX. This relatively new classic is sure to endure the test of time when it comes to those Christmas movies we watch again and over for all the seasonal vibes. You’ll find many of them in the enchanted realms of Iris’ Surrey home and Amanda’s Hollywood mansion. Iris (Kate Winslet) and Amanda (Cameron Diaz) had both had bad luck in love and decided to swap places for the holidays in the hopes of finding love and connection.

TRAILER FOR THE HOLIDAYS 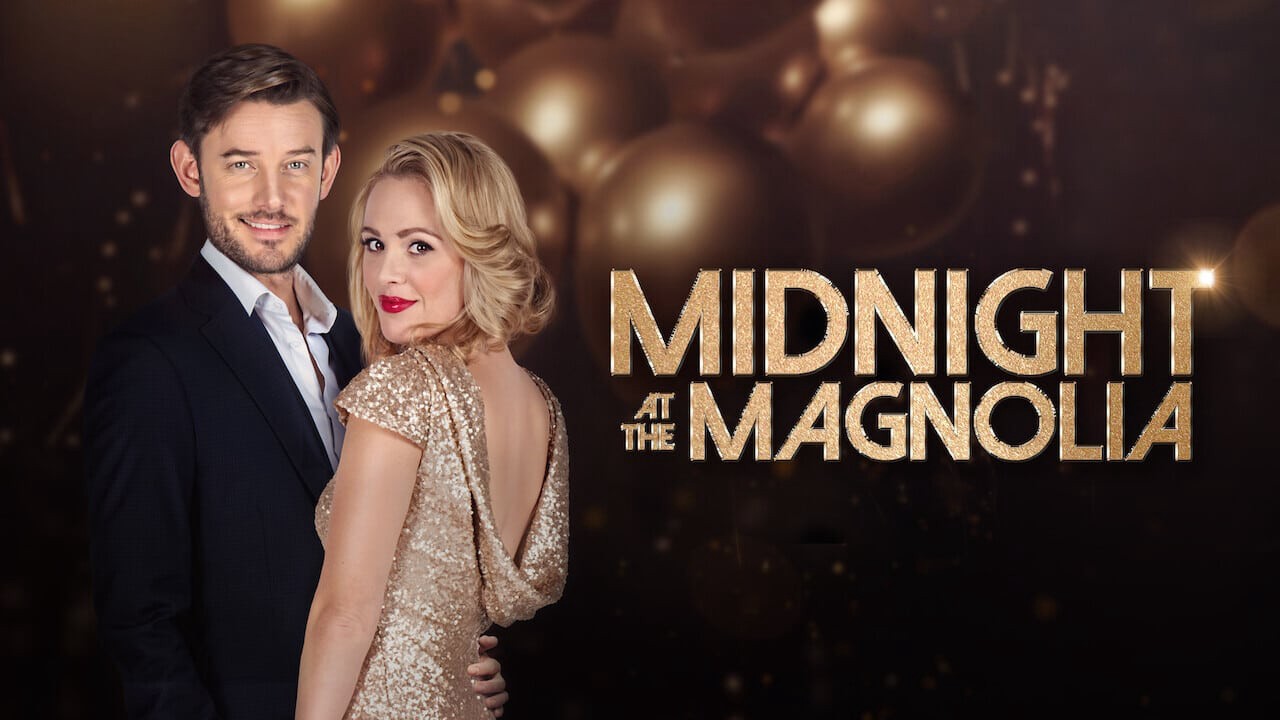 To appease their families as Christmas draws to a close and the new year approaches, two long-time friends and fellow radio DJs pretending to be in a relationship. As the clock ticks down on their New Year’s Day romance, they rapidly discover that make-believe is more current.

TRAILER: Midnight at the Magnolia

There’s a reason Disney+ is one of the most popular streaming services, alongside Netflix, Hulu, and Amazon.
Disney movie fans — and movie fans in general — have flocked to the popular entertainment destination because of its spectacular mix of classic and contemporary Disney flicks. And, especially at this time of year, Disney+ is even better, with some of the best Christmas movies for kids to watch. There’s something for everyone, from traditional Disney Christmas, flicks to animated Disney Christmas films. 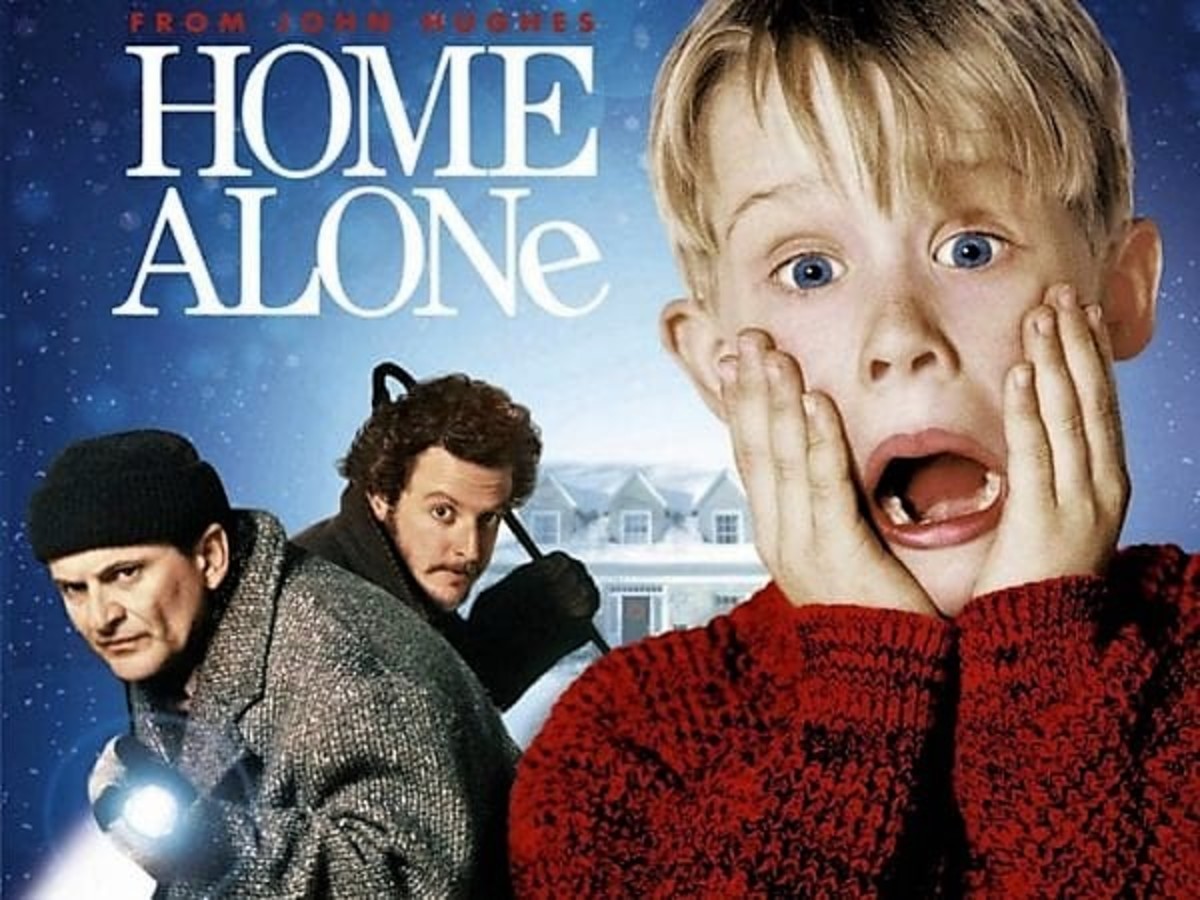 Home Alone is the pinnacle of Christmas, as it tells the storey of Kevin McCallister (Macaulay Culkin), a little boy who is unintentionally left behind while his family goes on vacation for the holidays.
The clumsy villains, two burglars termed the Wet Bandits, played by Joe Pesci and Daniel Stern, who end up in a deadly battle with Kevin, are the characters I recall most vividly from this picture. 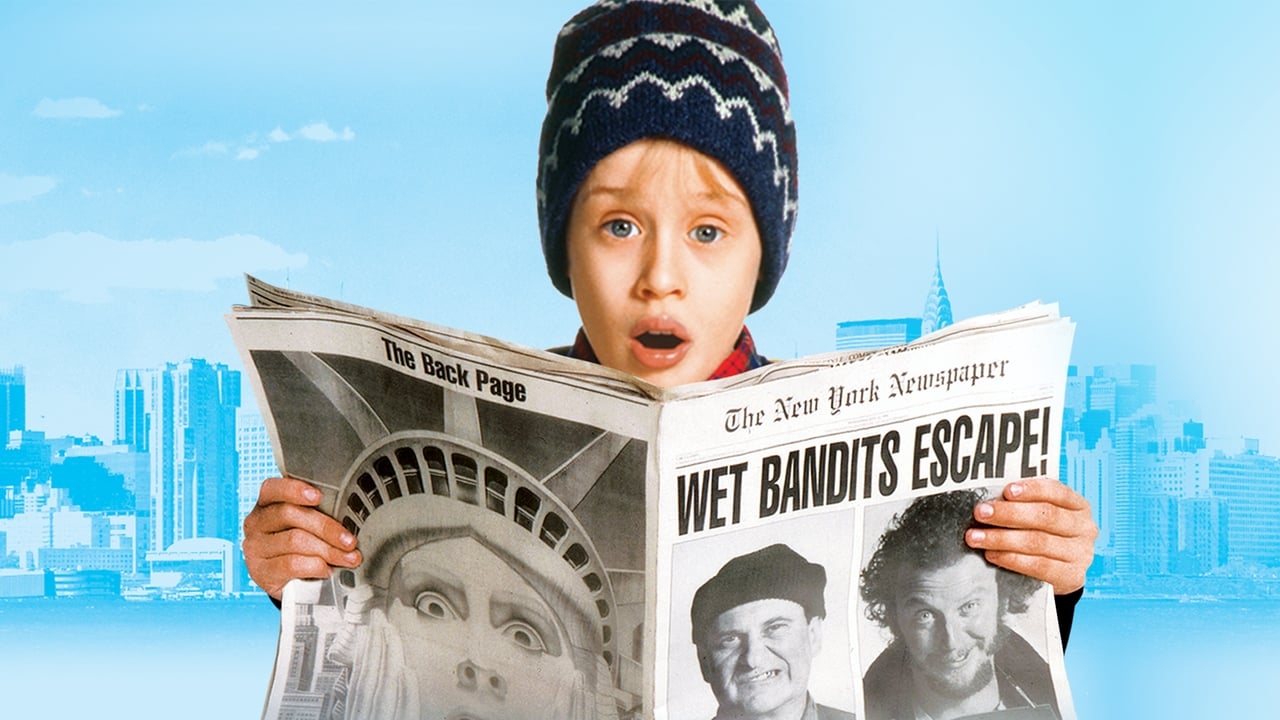 After you’ve seen the original, why not see the sequel to Home Alone? The sequel, Lost in New York, in which Kevin (Culkin) is separated from his family at the airport and ends up on a plane destined for New York City, is possibly even better than the first.
TRAILER FOR HOME ALONE 2

HOME ALONE 2 IS AVAILABLE ON DISNEY+. 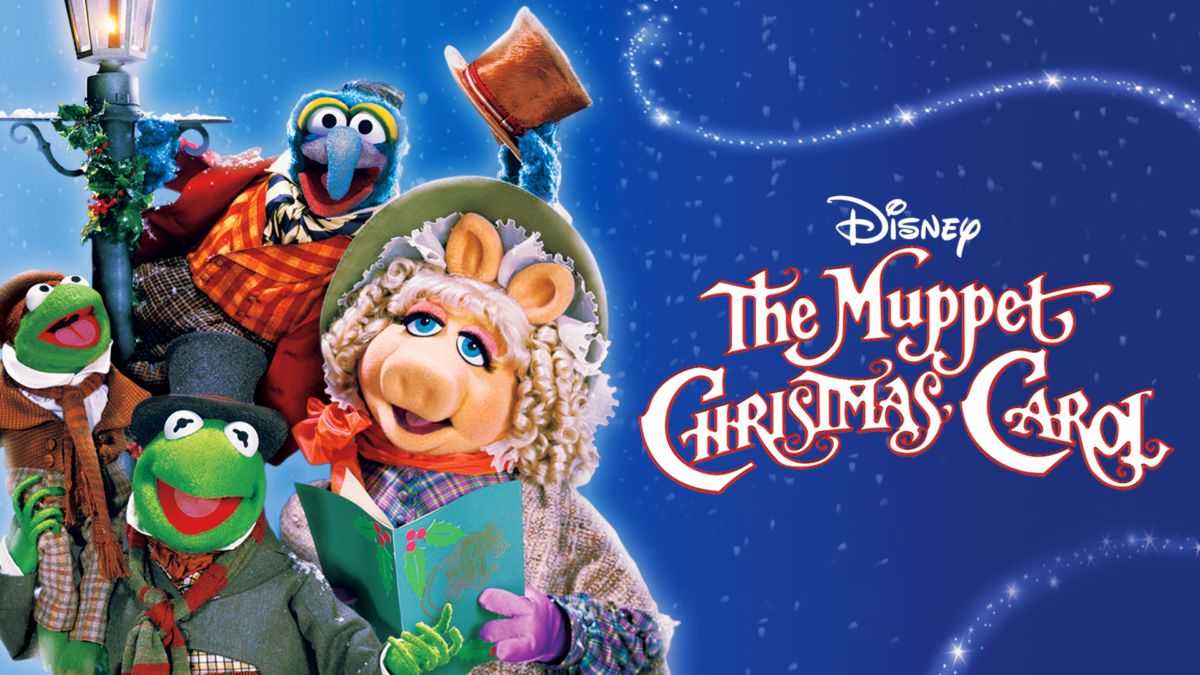 Not only is this the best adaptation of A Christmas Carol ever filmed, but it’s also one of the best Christmas films ever made. Even if you’ve seen Michael Caine’s Ebenezer Scrooge, the addition of Kermit, Gonzo, and Miss Piggy instantly elevates the story.
TRAILER FOR THE MUPPETS’ CHRISTMAS CAROL 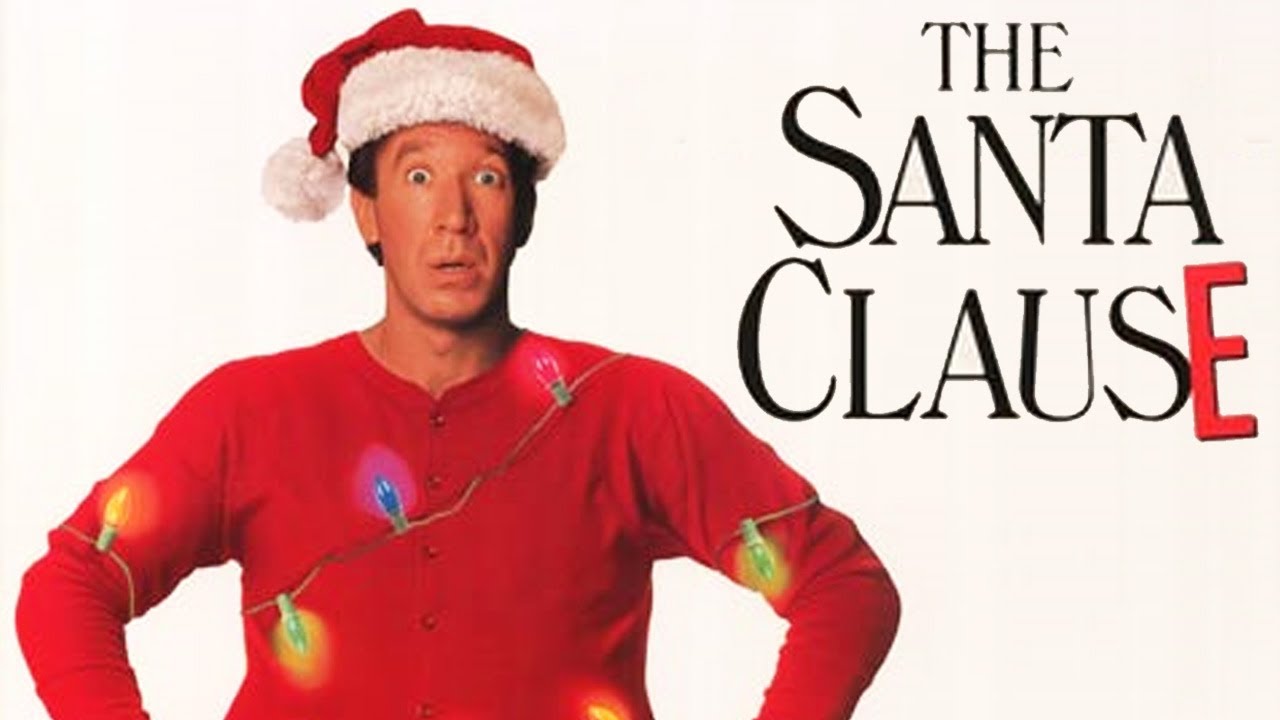 After accidentally killing Santa Claus (can you believe that’s how the movie starts? ), a divorced father (Tim Allen) is tasked with taking up the role.
TRAILER FOR THE SANTA CLAUS

While other providers offer more Christmas bang for your buck, HBO Max still has a few notable flicks accessible.
It’s also worth noting that HBO’s collection is more adult-oriented than the other providers’, but there are some fantastic options for kids. 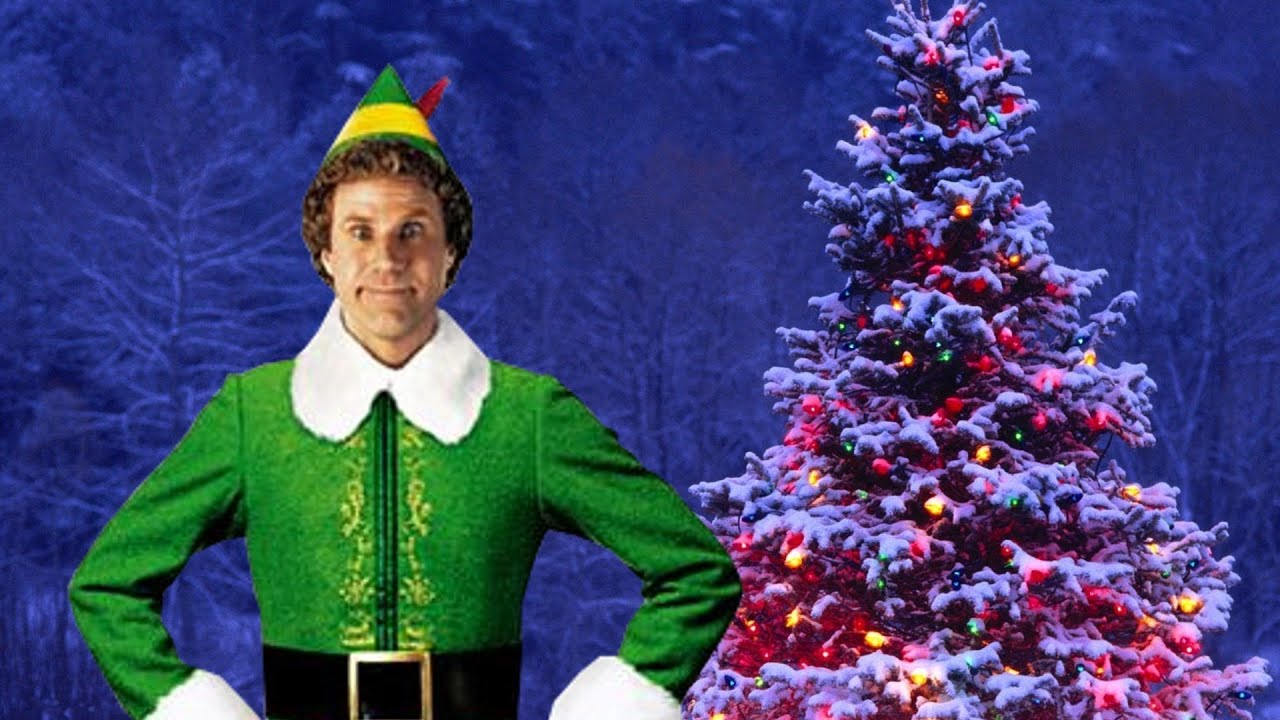 Will Ferrell plays Max Buddy, a human raised by elves in the North Pole who goes all the way to New York for Christmas to find his biological father. I defy you to find someone who hasn’t seen at least a few minutes of this picture, which, despite its 2003 release, feels like it’s been around for a very long time.
Elf
TRAILER

ELF IS AVAILABLE ON HBO. 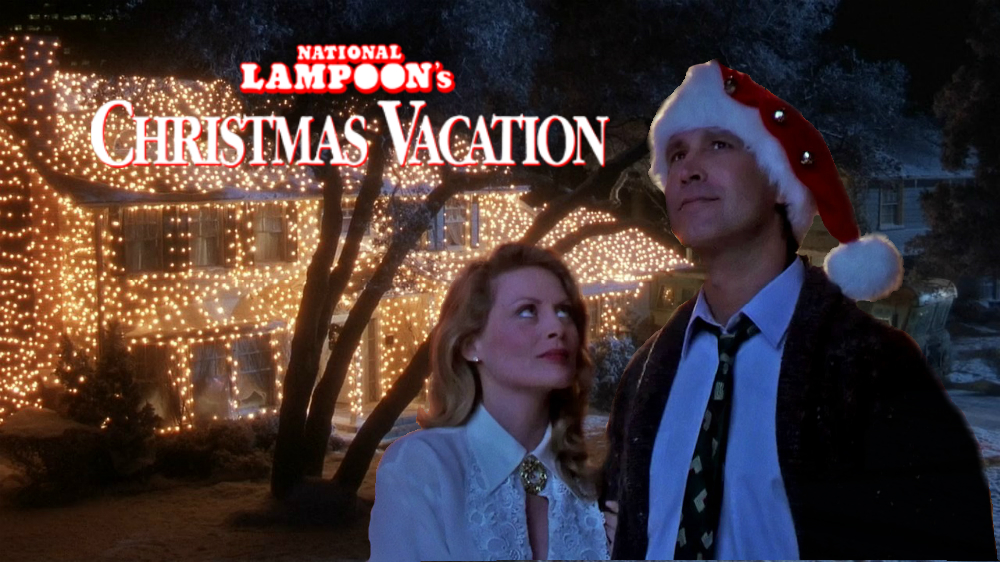 Easily the most memorable of the Vacation films, this is mostly a story of a family’s misfortunes — but set over the Christmas season! Chevy Chase plays the sad patriarch who is determined to have a good holiday despite the presence of his wife’s eccentric relative, his dismal work, and broken string lights.

The visual design of this picture is now quite ancient due to advances in computer animation, but it was a huge deal at the time of its release as Tom Hanks, who plays the train conductor, did the motion capture for his character.
The film itself is still rather charming, featuring a little boy’s Christmas Eve train ride to the North Pole.
TRAILER FOR THE POLAR EXPRESS

THE POLAR EXPRESS IS AVAILABLE ON HBO MAX 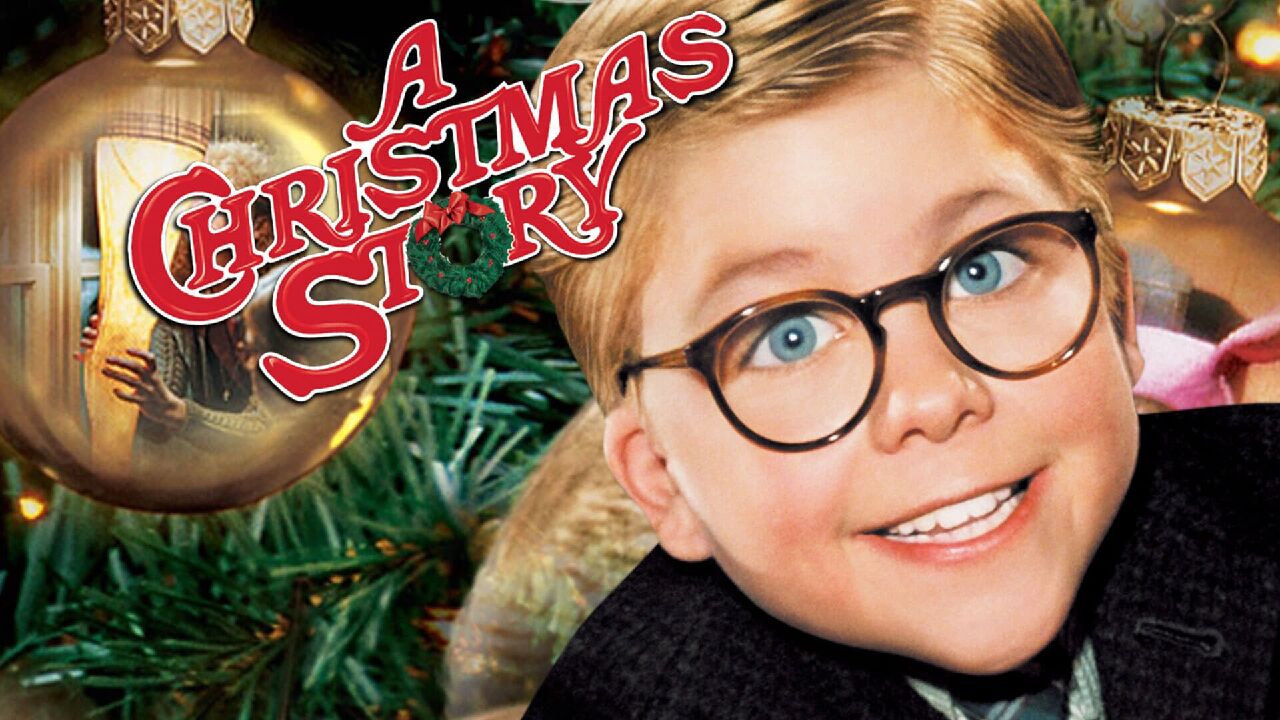 You may see this classic during TBS’s annual 24-hour Christmas marathon or stream it whenever you want. One of our culture’s most memorable films, A Christmas Story, is about a young kid who wants nothing more than to receive a BB pistol as a gift. Are you in possession of a pair of leg lamps?
If you don’t, I’m sure you know someone who does.
TRAILER FOR A CHRISTMAS STORY 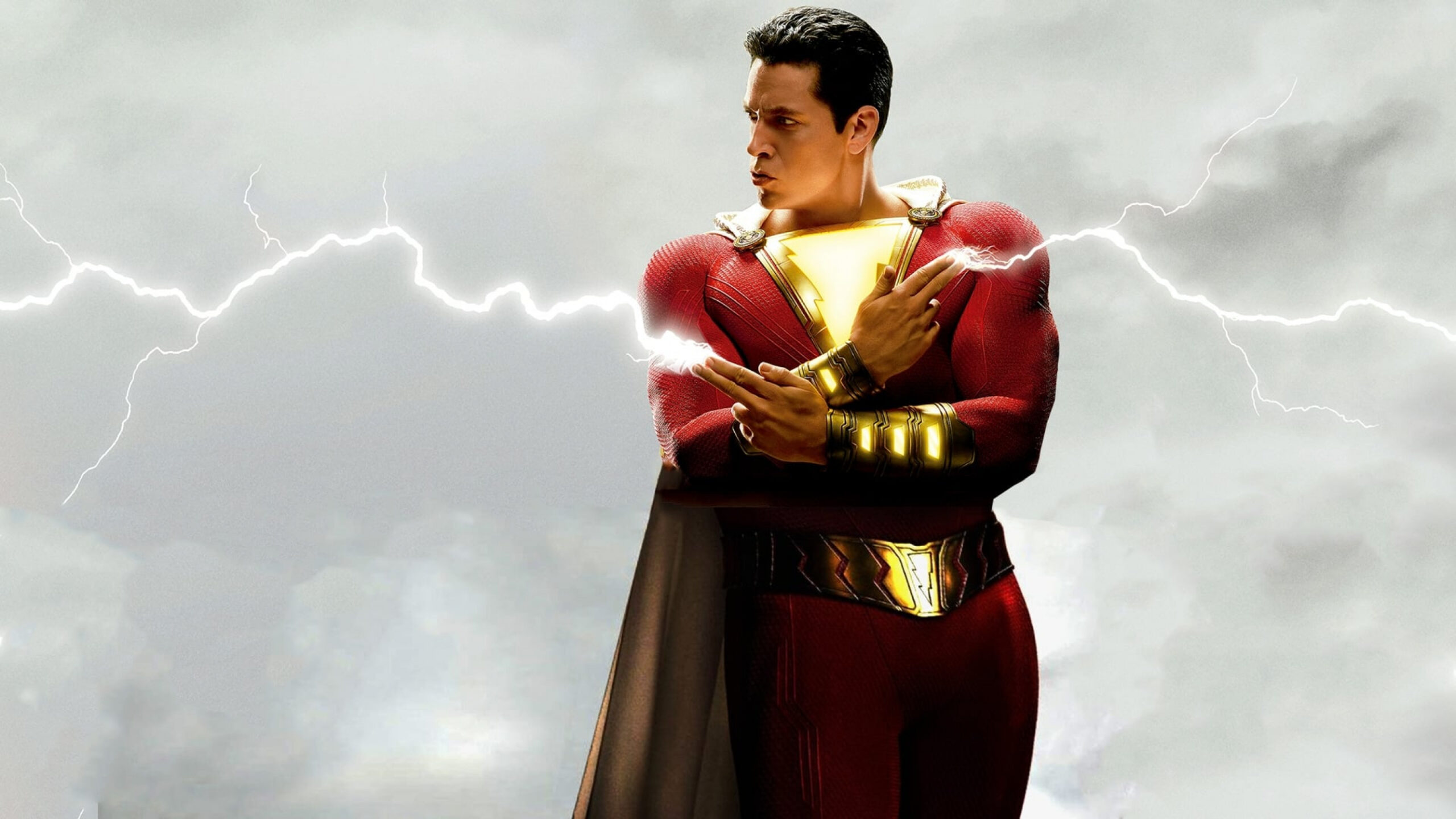 Because it is set over the holidays and is about family, love, and unity, Shazam, a film about a 14-year-old foster kid who has the capacity to transform into a superhero, is easily understood as a Christmas film. It’s also about battling a ruthless scientist, but the mushy stuff comes first.
TRAILER FOR SHAZAM

SHAZAM IS AVAILABLE ON HBO MAX

An Insurance Tool To Know How Much You Sow To Reap 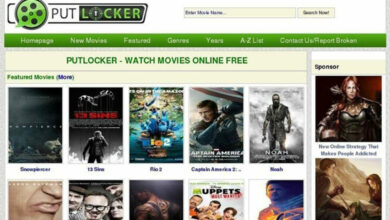 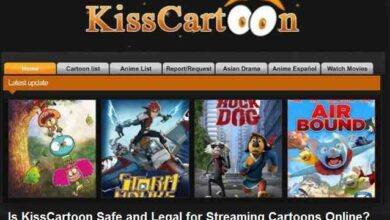 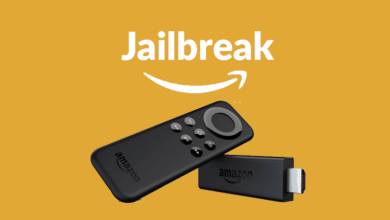 How to Jailbreak FireStick New Secrets Unlocked in Dec 2021 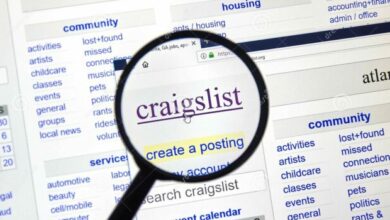