Samsung is pitching the Galaxy Note 10 as the smartphone for business and productivity. Here’s what Apple needs to deliver for the iPhone 11 to be a compelling upgrade.

The iPhone 11 appears primed to fall victim to the Osborne Effect, as the newest iPhone is widely anticipated to lack 5G mobile network compatibility when it is announced on September 10 in Cupertino. Apple has quite the load to bear in making the prospect of dropping $1,000 or more on a new phone a compelling proposition—for the iOS faithful, Apple’s biggest competition is themselves, as the two-year smartphone upgrade cycle is effectively dead, and 30% of users simply don’t care about the latest-and-greatest models.

Apple’s typically conservative stance will make the announcement a fairly safe one, the chances of a Galaxy Fold debacle are quite low. Safe, however, is rarely exciting—here’s five things Apple can do to to make the iPhone 11 a compelling upgrade.

1. A way to keep from losing the Apple Pencil for iPhone

If the Galaxy Note were not successful, Samsung would not have made twelve of them (yes, really). Professionals love the stylus, and some form of Apple Pencil support is anticipated for the iPhone 11. The fact that Apple Pencil exists at all should give pause to longtime residents of the reality distortion field, as Steve Jobs had a particular dislike for the things.

2. Nobody wants to haul around a stack of different chargers

The iPad Pro has already adopted USB-C, and adoption for the universal standard is overdue across the product line. With a USB-C enabled iPhone, travelers can cut down the number of chargers they need in their bags, as a single USB-C charger can replenish the battery of a MacBook, iPad Pro, and—hopefully—iPhone.

Likewise, the potential for wireless charging for AirPods using an iPhone eliminates the need for a Lightning cable on the go.

It seems as if there is not a steady stream of attention paid to Siri, as Apple’s smart assistant had the first-mover advantage in 2011, though as 2019 draws to a close, the technology feels dated compared to Amazon’s Alexa and Google Assistant.

Apple quite effectively boxed themselves in with privacy rhetoric, with the company pledging in August to not keep Siri recordings by default, though introducing something like Google’s offline voice recognition could assuage security concerns. All the voice recognition capabilities in the world won’t make Siri better at answering questions, though.

4. Something to reassure the security-conscious

Apple’s response to Google’s Project Zero disclosure of an iOS vulnerability is not being received well, as reports indicate the vulnerability was developed by Chinese state-sponsored hackers in attempts to monitor the Uighur Muslim population in China and around the world. While Google is taking their own knocks for not including details of a similar campaign against Android users, Apple’s response has ZDNet’s Adrian Kingsley-Hughes feeling let down—and that’s no state of mind in which to be buying a new iPhone.

5. Better AirPods, for listening and calls

I’m still mystified by the warm reception the AirPods enjoy—in the span of four years, Apple somehow became passable for earbuds: Gizmodo called Apple’s wired Earpods “still garbage” in 2012, though reviews of the first-generation AirPods from CNET and others were positive. Apple doesn’t have the benefit of Sony’s superior (and free) LDAC codec for wireless audio, making music playback inferior to the Sony WF-1000XM3. Adding support for a modern Bluetooth audio codec to AirPods and iOS would do a great deal in pushing it forward.

Extra: Something affordable for mass deployment

Justifying a $1,000 smartphone in addition to a notebook also likely to be in the four-figure range for corporate deployments is a higher level order of difficulty. While the potential productivity play Apple may be making with the addition of a stylus for the iPhone may be compelling to some, a reliable, well-built, low-cost iPhone would be a compelling alternative to bargain basement Android smartphones with inconsistent security updates. Something along the lines of a refreshed iPhone SE would undoubtedly receive an enthusiastic reception.

For more on the iPhone launch, check out “Apple iPhone 11 event: How to watch and what to expect” and “Apple store veteran: We’re like car salesmen or Best Buy employees now” on ZDNet. 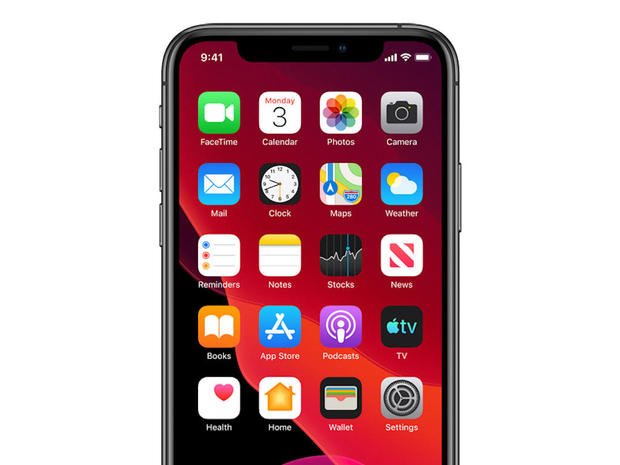 The top programming languages of 2019: Python is number one, say engineers