Gacha games have recently become popular among all types of mobile gamers. They are always at the top of the list for Android and iOS users, whether Gacha life, Gach Club, or GenShine Impact. It is not limited to smartphones; it also has a sizable fan base among PC gamers on Discord. However, despite its popularity, there have been numerous controversies surrounding its gameplay. Therefore, in this blog, we’ll explain the origins of Gacha games and what makes them so unique.

What is Gacha Games?

Gacha is a Japanese genre that began in the early 2010s. It serves as the foundation for nearly all games in Japan and quickly gained popularity in Korea and China. It is now in high demand worldwide due to its franchises with major brands such as Marvel, Disney, and Star Wars. The term Gacha game was coined in reference to the Japanese toy vending machine known as Gacha.

These games are primarily concerned with rewarding you for spinning a wheel or playing a slot machine. It works by players using in-game currency to purchase various items within the game. Generally, these are referred to as F2P or free-to-play mobile games because they are purchased with in-game currency, but you must pay real money to purchase them in some cases.

As a result, the model of the Gacha games is built around the Gacha vending machine.

What types of games fall under the gacha umbrella? To begin, it can be easily integrated into any type of game, whether it is a role-playing action game, a puzzle game, or a combat game. However, there are numerous types of gacha games, which we have listed below.

Also referred to as Kompu Gacha, this model was the most popular in mobile games. It is now entirely prohibited as a result of its involvement in illegal monetization.

This type of Gacha game is predicated on a predetermined set of probabilities. As the number of items in the virtual box decreases, the likelihood of receiving a reward increases. It gained popularity following the prohibition of Kompu Gacha.

In this type, a player may replay a shot if they are dissatisfied with the outcome. Numerous games initially offer this for free, which keeps the player engaged for a longer period of time.

A fantastic example of this type of game is Need for Speed Payback. Here, the player is able to exchange undesirable items for a new role, transforming them into the desired concept.

In this type of Gacha game, the player’s chances of winning increase as they spend a large amount of money. Therefore, ordering a large quantity of rolls will move you closer to receiving additional items.

Players are required to increase their stacks with each roll in this type of game. This increases your chances of winning more items and also works for high-spending games.

7. The distinction between open and closed Gacha:

This is more akin to the concealed probabilities of obtaining any rare items.

It functions similarly to an offer made by various game companies in order to entice players. They enable players to roll at a discounted rate through the organization of events or campaigns.

Note: FaceTime Games to Play With Friends (No Prep Needed)

What Is It About Them That Makes Them So Popular?

It’s fantastic that you now understand what an incredible game genre Gacha is. Now, let us consider why Japan’s idea became a money-making mechanism. Although they have been dogged by controversy, Gacha games have been a gaming trend for well over a decade. This is because they have a game for every type of gamer, regardless of age group, platform, or genre. The psychology is straightforward: players experience the same level of excitement as they would when scratching a lottery ticket or receiving a gift.

The emotions associated with the surprise make it worthwhile and thus satisfying. Therefore, combine this with the adrenaline rush of an adventure game or other exciting game. There you will find the potion that will keep you addicted even if it requires you to spend money. Visually appealing games with exceptional gameplay comprise this concept.

This is why Gacha games are comparable to gambling and are growing in popularity as a result of their ease of access on smartphones.

What’s the fuss about gacha games?

Not to mention how the popularity of this genre can have negative consequences, including being banned at times. In 2012, the Japanese government banned Kompu Gacha due to the scandals surrounding its use of prohibited sales methods akin to gambling. Until then, numerous businesses profited from it and made money. In 2016, another controversy erupted after a player spent more than $6000 in a single night.

It all started when they were attempting to acquire a specific time character in the game Granblue Fantasy. Following this, many people expressed outrage over their money being spent on Gacha games and demanded that they be regulated by authorities.

Today, nearly half of all smartphone games incorporate Gacha mechanics in some form. Gachas are an enticing way to keep players engaged and thus help the game stay afloat. With all the hype surrounding it, we would definitely like to try out the gacha games.

Additionally, you can inform us if you are interested in trying them out or are already a fan. Additionally, we have included a list of the best gacha games available for Android and iOS devices in this blog. We hope that this article has educated you about Gacha games.

Top Reasons Why Companies go for the Best Brand Ambassador

Sleep Like A Pro: Tips To Get Comfortable Sleep 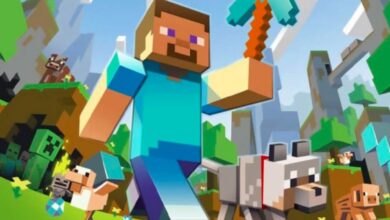 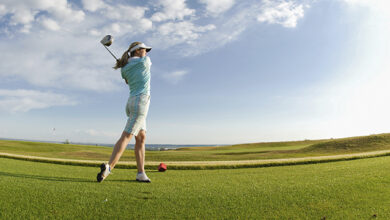