Google is shutting down the popular tool on December 3. Here’s what you need to know to be prepared.

Millions of people at businesses and news outlets across the world were saddened when Google announced that they were shutting down Google Fusion Tables last year. The site will officially close its doors on December 3.

Originally started in 2009, Google Fusion Tables gave users a cost-free way to take troves of data and organize it in fun, easily digestible tables or charts. When Google announced the decision to shut it down last December, they said a bunch of other tools were being created that would provide access to similar features.

On Wednesday, they released a short guide explaining what Google Fusion Tables users can do to keep their data and migrate any of their favorite graphs.

For years people have been filling Google Fusion Tables with hundreds of sheets full of data. In anticipation of the disruption the site’s shut down would cause, Google created and easy, one-step solution that allows you to download through Google Takeout.

They created a special option within Google Takeout dedicated to Fusion Tables and said users can save the rows, metadata and geometries of any base tables by exporting the data in JSON, CSV and KML formats.

Step 2: Migrate your maps with a new open source tool

Google Fusion Tables was particularly popular in newsrooms across the globe because it gave reporters the ability to create maps with data overlays.

Using the Fusion Tables Archive Tool, people can export their work in a variety of formats. The data backing each table will be saved in a Google Sheet and if any of it is larger than Google’s size constraints, it will be saved as a CSV archive in a top level folder called “ft-archive” in your Drive.

As an added benefit, Google Maps will automatically make a Google Maps visualization with all of your archived data. Google said these maps are designed to preserve many of the original Fusion Tables styling configurations. If you change anything in the archived data, the maps will reflect that.

To make things even easier for users, Google said people can find a detailed list of all your tables that have been archived. When you look in your Google Drive and find the ft-archive folder, you will see a Sheet named ft-archive-index inside.

In addition to listing all your tables, they provide summaries of each archive and show you the visualization URLs with encoded styles.

“You can preview a map visualization in the archive tool, and when you’re ready to share, generate a code snippet to embed your map. If you want to embed the map on your site, you must get an API key,” Google added.

“If you’re a journalist or nonprofit, you may be eligible for free or reduced cost usage. Finally, certain features of Fusion Tables, notably geocoding, will not be supported by this tool—see this FAQ for more limitations and known issues.”

When Fusion Tables officially closes shop on December 3, the export tool will stop working but users will still have access to the visualizer for at least one year. Google listed a number of different tools users can use to make up for the loss of Fusion Tables.

“We encourage you to explore these alternatives as you transition off Fusion Tables.” 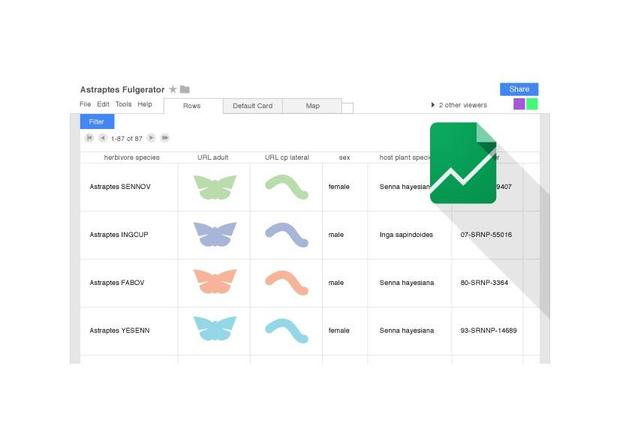 How to stop, start, and restart Apache on various Linux distributions