I’m sure that many of you or almost everyone is familiar with the Apple iPad and might be loyal customers too. Still, the New Lenovo yoga tablet is comparably better than the apple iPad in two aspects. Lenovo ThinkPad notebooks are the utmost priority for MAC users in case they would have a requirement to use windows. The Lenovo yoga tablet is perfectly a competitor to the Apple iPad, And it needs time for apple should come up with modern designs and options like adding dual-USB ports in devices.

How is Lenovo Yoga Tablet Considered a Good Competitor?

The biggest menace of being monopolistic is you get lethargic. Compared to the iOS-android unnecessary race, adding new features in mobile and adding the latest software and application, the apple iPad remains unchanged or, say, slightly different since it has been in the market. Although, Apple made some modifications just as introducing the fastest processors copied from the iPhone and the mac, squeezing the bezels, and improving the resolutions. Still, these are not quite enough to remain in the market. However, Apple has constantly introduced splendid hardware accessories, including a Magic keyboard with a trackpad and the Apple Pencil.

Meanwhile, the iPad’s software has not been able to keep up with the strength of Apple’s in-house CPUs, from the iPad Pro 2018 to the iPad Pro with the M2 chip. This situation would be different if the apple iPad faced more formidable rivals.

Why is Lenovo Yoga Tablet Considered a Good Competitor?

To whom would you consider a competitor of the Apple iPad? The low-cost or sub-standard tablets available in the market undoubtedly would not be a substitute for the apple iPad.

Another competitor whom you can consider is Microsoft’s Surface lineup. Which is amazingly diverse. It runs from huge desk-based drafting tablets to a range of neat convertible touch-screen laptops/tablets. The problem with attracting iPad users is that these tablets run Windows, so you’d have to leave all those great iPad apps behind.

The Lenovo tablets, although they run android, about hardware, can undoubtedly consider a competitor of the Apple iPad. You would face little difficulty as these tablets run android, but some of the new Lenovo Tab Extreme’s features are so great even Apple would be wise to follow them.

Let’s start to evaluate the inspiring features of the Lenovo yoga tablet.

Although people have loved to use apple iPad for the last decade. It is now time for apple to bring some changes. The Folio add-keyboard is one thing users would like to see improved during that time. Moreover, on’s would like to see it upgraded so it has function keys and better accessibility options. While Apple did a lot of things right with the iPad. But Lenovo has proved that there is still plenty of space for development. 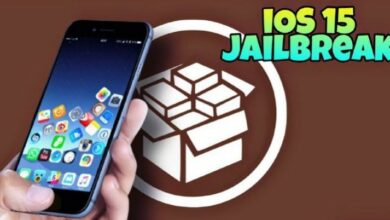