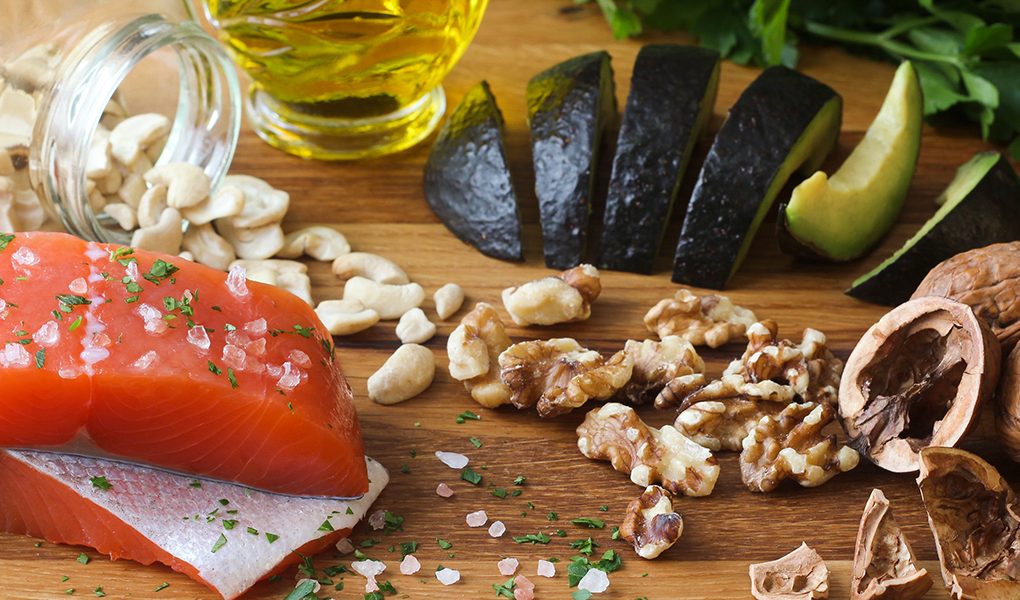 If the human body were a 1930s movie, inflammation would be Public Enemy #1. Chronic inflammation throughout the body has been connected to a wide spectrum of serious diseases such as cardiovascular issues, diabetes, cancer, and even Alzheimer’s. Scientists say a good way to possibly protect yourself from these conditions is to eat an anti-inflammatory diet. But what is that, exactly?

What Is an Anti-Inflammatory Diet?

Inflammation is a natural bodily defense: When we get a cut or sprain, the area becomes inflamed as the body begins to heal. But when inflammation becomes chronic, it becomes a hazard to your health.

“Inflammation is a response that causes disease and aches and pains in the body,” says Amy Shapiro, MS, RD, a registered dietitian with Real Nutrition NYC. “We want to eat a diet that will contain inflammation and prevent further inflammation, which will decrease the risk of illness — anything from bloating and stomach distention to rheumatoid arthritis, skin issues and deeper illnesses.”

What are the Best Anti-Inflammatory Foods?

“When it comes to anti-inflammatory foods, berries are always going to be pretty much tops for me,” says Shapiro, whose other favorite anti-inflammatory fruits include pineapple and papaya. Berries contain polyphenols called anthocyanins, which are responsible for their color; researchers believe these powerfully protective natural chemicals can reduce inflammation. 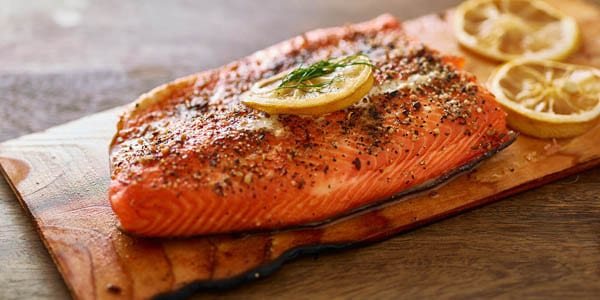 Certain types of fish — like salmon, tuna, sardines, anchovies and other cold-water varieties — are rich in omega-3 fatty acids, which reduce C-reactive protein (CRP) and interleukin-6, two inflammatory proteins in your body, according to the Arthritis Foundation. The American Heart Association recommends eating two servings of fatty fish per week. 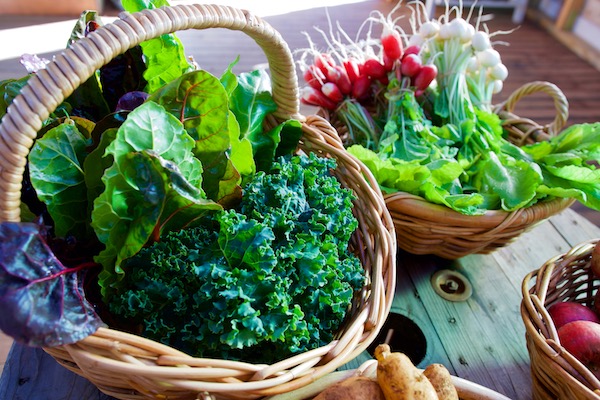 Kale, spinach, collard greens, and romaine lettuce are high in protective compounds like antioxidants and polyphenols, which quell inflammation. “The bitter greens, like mustard greens and dandelion, are very powerful as well,” says Shapiro. “I’m also a big fan of sprouts. They’re super-concentrated in nutrients, so a little really goes a long way.” 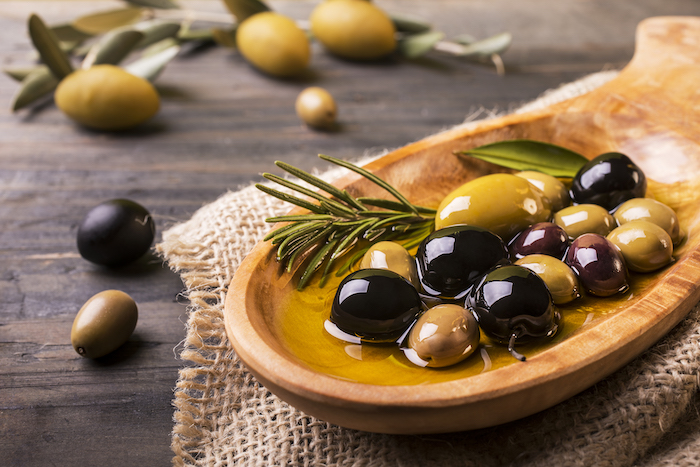 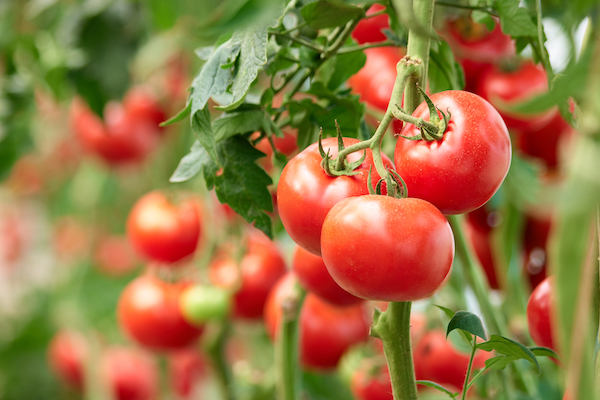 Tomatoes are packed with lycopene, a powerful antioxidant that tempers inflammation and may protect against prostate cancer. In one study, overweight women who drank tomato juice experienced a decline in systemic inflammation. And according to a 2019 review of studies published in the British Journal of Nutrition, people whose diet contained more tomatoes and lycopene possibly benefited from increased health and longevity, regardless of weight or age. 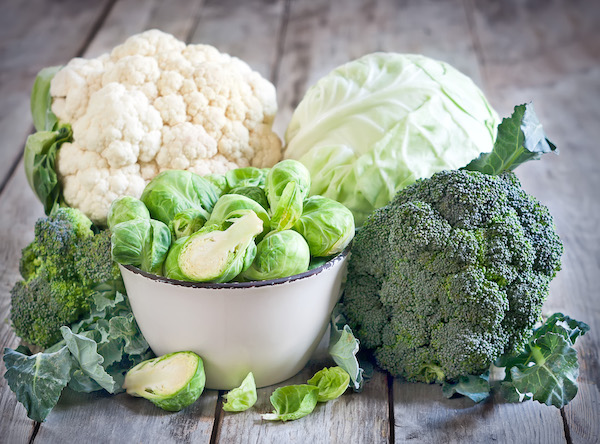 Broccoli, cauliflower and Brussel sprouts are rich in antioxidants, which may work to reduce inflammation. Broccoli, for example, is high in sulforaphane, an antioxidant that reduces the body’s levels of cytokines and NF-kB, two substances in the body which cause inflammation. 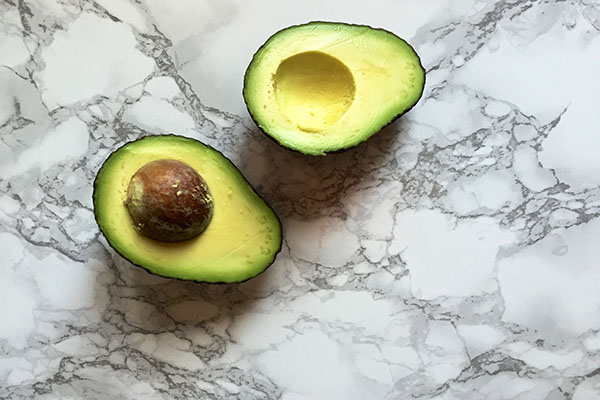 “Nature’s butter” is anything but. Avocados are high in fiber which is believed to be protective against colon cancer and high in monounsaturated fats, which are believed to improve cardiovascular health. This could also be due to their anti-inflammatory effects. In one study, people who ate a burger topped with avocado had lower levels of the inflammatory markers NF-kB and IL-6 than people who scarfed an avocado-free patty. 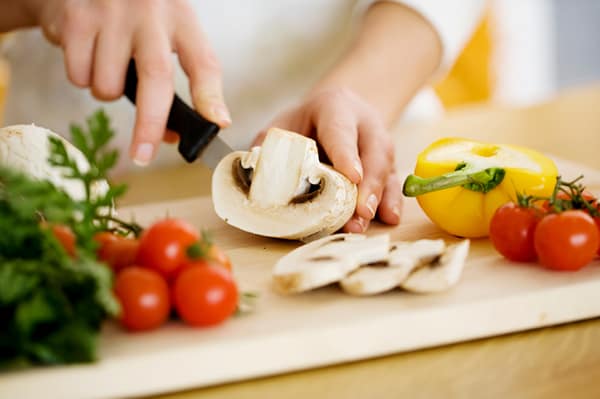 Mushrooms exhibit “potent anti-inflammatory activity,” said researchers in a studypublished in the journal Nutrients. To get the most inflammation-soothing benefits, eat them raw; cooking seems to reduce their anti-inflammatory potential, the scientists found. 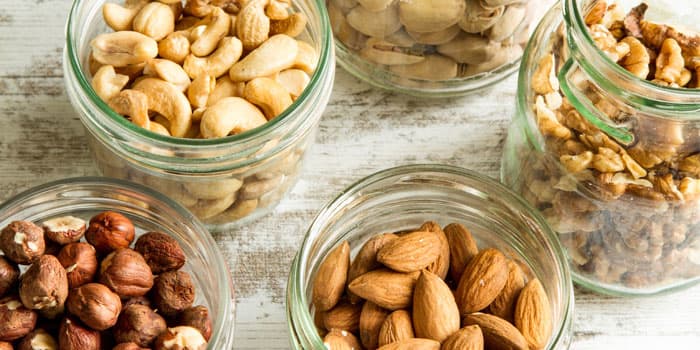 Nuts like almonds, walnuts and pistachios are high in anti-inflammatory polyphenols. According to a 2018 study published in the journal Pharmacological Research, almonds, walnuts and hazelnuts were reported to potentially benefit brain health, particularly guarding against Alzheimer’s Disease. 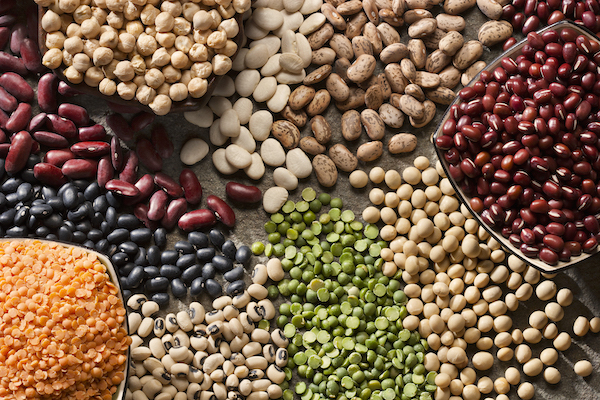 Beans and lentils are rich in polyphenols which have been shown to decrease inflammation. A 2017 study published in European Journal of Nutrition found that eating a reduced-calorie diet with four servings of legumes a week resulted in a greater reduction in CRP levels compared eating a legume-free reduced-calorie diet. 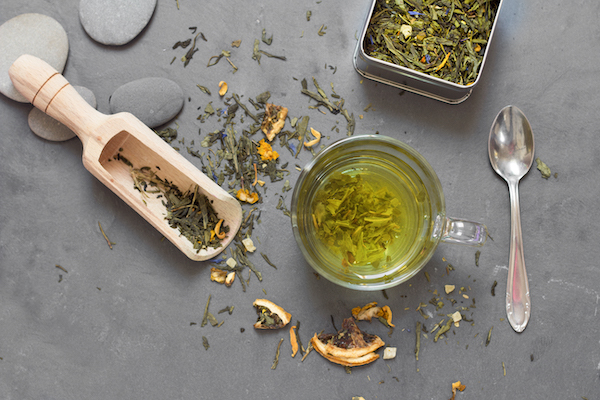 Aside from being relaxing, sipping a cup of green tea nets you powerful antioxidants that are believed to reduce inflammation, quercetin, which has been reported to decrease inflammatory substances in the body and EGCG, which has been suggested to benefit blood pressure control.

The Benefits of an Anti-Inflammatory Diet

Researchers believe that eating an anti-inflammatory diet can protect against:

• Heart disease. “A sustained pro-inflammatory state is a major contributing factor in chronic disease development, progression, and complication, including the most commonly known diseases” such as cardiovascular disease, say researchers from the Centers for Nutrition Research.

• Arthritis. Arthritis is a painful condition caused by inflammation, characterized by swelling of the joints. While there’s no specific diet that can control arthritis, eating anti-inflammatory foods can help, says the Arthritis Foundation.

• Cancer. Chronic inflammation has been linked to many forms of cancer, including colon, breast, liver, pancreatic and head and neck. Researchers believe inflammation in the body helps cancer to develop and spread.

• Alzheimer’s disease. Researchers have connected this degenerative disease to systemic inflammation. “Nutritional interventions utilizing anti-inflammatory foods may prove to be a valuable asset in not only delaying or preventing the development of age-related neurodegenerative diseases such as AD,” wrote researchers in the Journal of Alzheimer’s Disease.

Additionally, eating an anti-inflammatory diet could give you more energy, help you recover faster from workouts, and help you lose weight or maintain a healthy weight.

What Foods Cause Inflammation?

According to Harvard Medical School, these are the foods to avoid to reduce inflammation:

Meat, really? “There are different schools of thought on that,” says Shapiro. “I think 100% grass-fed beef can be part of an anti-inflammatory diet, but in limited portions.” Grass-fed beef is higher in omega-3 fatty acids, which guard against inflammation, than conventional beef.

“We really want to avoid white sugar and processed foods — anything that’s been stripped of its nutrients, like white flour,” says Shapiro. “Sugar is in everything these days, and that causes a lot of inflammation.” 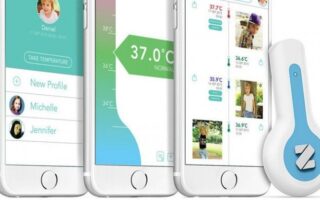 Best 15 Indoor Thermometer App For Android and iOS in 2020 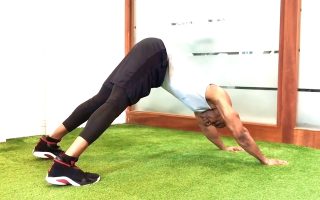 How to Do A Pike Plank Exercise 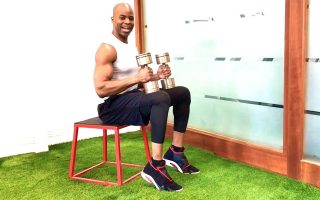 How to Do Seated Calf Raises