Almost 70% of IT workers said they planned to postpone retirement due to worries about finances.

Upskilling workers in the age of digital transformation
Upskilling is more than just a new term, it’s becoming a necessity for many companies in response to job automation.

IT workers are struggling financially more than many thought, according to a new survey from insurance giant MetLife. MetLife has over 90 million customers in more than 60 countries, making it one of the largest insurance and employee benefit providers in the world.

According to MetLife’s 17th Annual US Employee Benefit Trends Study 2019 “Thriving in the New Work-Life World,” IT workers are having problems keeping up with bills and are becoming increasingly worried about retirement.

The report says that IT had the highest number of people living paycheck to paycheck of any field surveyed. An astounding 59% of IT workers said they were surviving off of their most recent paycheck, and 69% said they were already planning to postpone their retirement because of their dire financial situation.

However, some parts of the survey produced responses that contradicted others. For example, despite their fears about retirement and living paycheck to paycheck, 79% of IT workers told MetLife they were “confident in their finances.”

That confidence did not extend toward debts, with 70% of IT workers reporting that they were worried about their ability to pay down debt from credit cards, student loans, and mortgages. For almost 40% of respondents, their personal finances were the top source of stress in life.

Most of the survey was tailored toward employers, providing them with a snapshot of the concerns most employees have. The vast majority of those surveyed said financial concerns and healthcare, particularly after retirement, were their main worries.

MetLife said employers can alleviate much of their staff’s stress by providing comprehensive benefits and appropriate pay levels. “Employees state that their number-one source of stress is personal finances. Regardless of age or life-stage, a focus on finances tops the list as the biggest concern employees have day to day,” MetLife said in the report.

The report continued, “From alleviating financial stresses to giving employees time to recharge, traditional and emerging benefits can offer relevant support to employees — and they can be key ingredients for the kind of caring, trusting culture in which employees thrive.”

Technology was ushering in a wave of economic and workplace changes that were drastically affecting how companies operate, the report repeatedly stated. Yet despite the massive influx of technology, IT workers reported in high numbers that they were concerned about their future in most companies.

MetLife said 74% of IT workers were worried about being able to afford large expenses like homes, cars, or college tuitions. The same percentage of IT workers expressed concern about their ability to cover bills in case a spouse lost their job or got sick.

More than 80% of IT workers ranked health insurance as a must-have benefit for any job, and 75% said they feared out-of-pocket medical costs that aren’t covered by health insurance.

“This concern about finances and retirement is on the rise as more employees realize their financial challenges may extend long into the future. Employees say that solutions that help address financial stress are what they need most to thrive in the workplace and at home. Nearly six in 10 employees say an appropriate salary is one of the most important elements to successfully navigating and thriving in the workplace,” MetLife reported in the survey.

“Yet, a moderate salary increase can only help so much when dealing with an unexpected expense, whether it’s a broken bone or a flooded basement. That’s why financial support in the form of financial wellness programs, retirement plans, and a broad set of benefits can play such a crucial role in helping employees manage the unexpected and plan for the future,” the report said.

Best of the Week Newsletter

Our editors highlight the TechRepublic articles, galleries, and videos that you absolutely cannot miss to stay current on the latest IT news, innovations, and tips.
Fridays 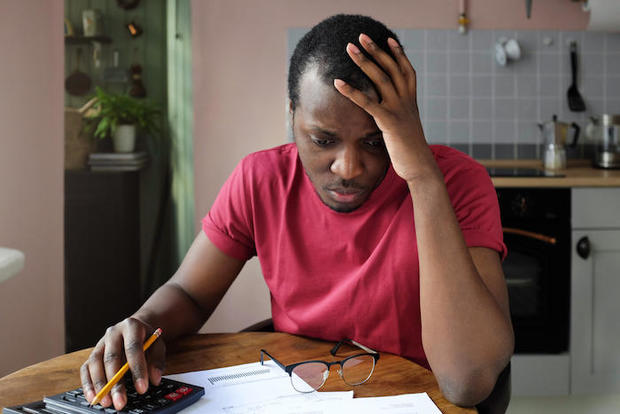 Top 10 US cities worth scootering toward micromobility