Windows 10 Build 18985 20H1 comes out to the Insiders in the Fast ring carrying a list of fixes, changes, and improvements. This specific update in the Release Preview doesn’t offer much in the way of new features but does bring more polished Bluetooth pairing experience. Besides, it is based on the Swift Pair system that the company introduced in April 2018 Update. With this build, the team makes it easy to view all the optional updates in one place. For instance – drivers, feature updates.

Being into the Fast ring, you’re able to straightaway get Build 18985 20H1 via Windows Update. For this, just open the Windows Settings app and then expand the Update & Security. Thereafter, click on the ‘Check for updates’ button and let download the build on your Windows 10 PC. However, you’re able to get this build automatically. Here, you need to ensure that you haven’t disabled or paused the automatic updates feature. Let us walk through the details and see what important features and changes build 18985 carries for you.

With this build, Microsoft expert proclaimed a new modernized experience for pairing supported Bluetooth devices for Windows 10 version 1803. On installing this update, you will observe a notification which helps you to go through pairing. Microsoft is releasing an update with these improvements.

Furthermore, this new experience is currently rolled out to halved of the available Insiders. Here are the list of supported devices –

Microsoft team is working on making it easier for you to see all optional updates in one place. For example – including drivers, feature updates, and monthly non-security quality updates. You can access this feature by navigating the following path – “Settings > Update & Security > Windows Update > View optional updates”.

The company has started pushing out Snip & Sketch version 10.1907 to the entire Insiders available in the Release Preview ring. Moreover, they will also grant this update out to a small percentage of those using retail builds. As a reminder, this update comprises two important improvements –

According to the software giant, some users prefer the previous snip to close when they click New in Snip & Sketch, therefore, now it will not terminate with a bunch of windows. Going forward, this will be the default option. However, on the other hand, multiple windows will also be an option if you go to “Snip & Sketch settings”. 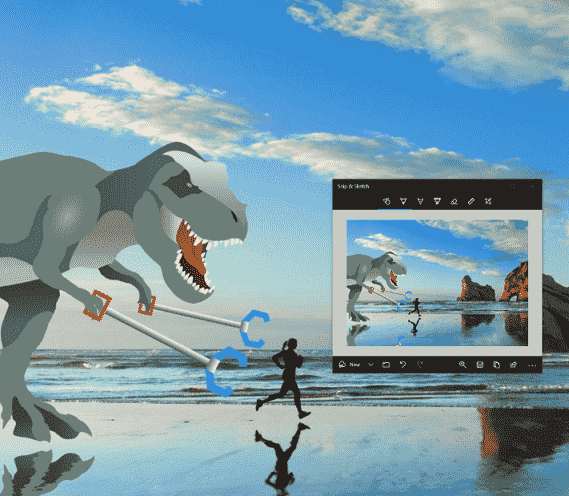