Unexpected consequences of shrinking the lithography in CPU designs have cropped up over the past decade, with the 32nm 2011 Sandy Bridge (Cougar Point) designs subject to I/O performance degradation over time, a problem that cost Intel $1 billion in manufacturing stoppages and warranty replacements. Issues in the LPC clock with the 22nm Silvermont design resulted in systems “[experiencing] inability to boot or may cease operation,” were disclosed in late 2016—three years after the affected CPUs shipped—resulting in product failures in embedded systems.

The Silvermont bug—otherwise referred to as the Atom C2000 bug—resurfaced on Monday as Tom’s Hardware reported on an Intel Product Change Notification (PCN) indicating that Intel was refreshing the Apollo Lake Celeron N3350, J3355, J3455, and Pentium N4200 processors due to issues similar to those in Silvermont. This resulted in concern from owners of Synology NAS devices, as current Synology systems utilize Apollo Lake processors, and the company was among the hardest hit with the Silvermont bug, prompting a 1-year warranty extension for affected units.

The issue, as described in Intel’s now-retracted PCN:

The original PCN “had inaccurate information,” according to an Intel spokesperson, who noted that a revised version has now been published. Further, Intel provided a comment on the discrepancy:

With IOTG’s operational decision to converge onto a single package for all of the IOTG Apollo Lake Processors, the F-1 stepping Celeron® N3350, J3355, J3455 Processors and Pentium® N4200 Processor has a slight increase in Z height compared to the B-1 Stepping.

Certainly, Pentium and Celeron devices are rarely used for enterprise deployment of primary workstations. Pentium N4200-powered netbooks are widely produced by HP and Lenovo for the consumer market, though the affected Celeron and Pentium processors are widespread in business for Internet of Things (IoT) devices, including NAS devices from Synology and QNAP that are popular among SMBs and prosumers. IoT devices that ship with these processors are typically used in always-on scenarios, which quite rightly prompts concerns when LPC flaws are discovered.

TechRepublic is seeking clarification on Intel’s definition of “PC Client Use” validation and how this definition impacts always-on scenarios for IoT, and will update this story if/when Intel provides a response.

For more, check out “Spectre and Meltdown explained: A comprehensive guide for professionals” and “10nm Intel CPUs not coming to desktops until at least 2022, amid manufacturing issues” on TechRepublic. 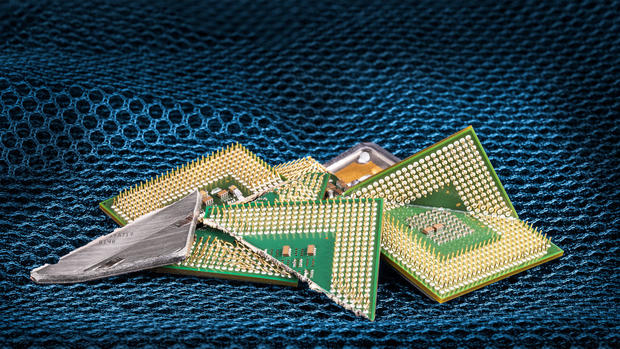